I Wish I Had This Guys Disney Princess Skills ... 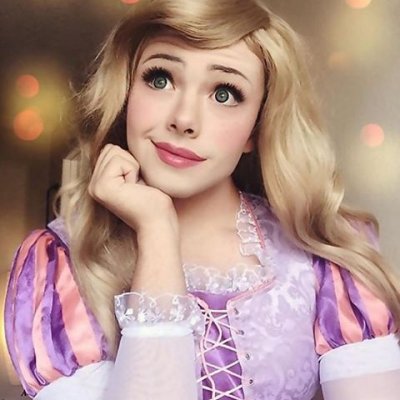 Have you ever wondered how you'd look with Ariel's wide eyes and red hair, or with Snow White's signature coif and red lip? Disney fanatic and cosplay king (princess?) Richard Schaefer can make it happen - he's worked magic with makeup and transformed himself into a few of our fave Disney Princesses. Jealous!

It is incredibly unfair that he has the skills to become Belle, my all-time favorite Disney princess (I, too, love books), and I do not.

She's not technically a princess (maybe Princess of the Jungle), but his transformation into Jane is so complete, I had to include it anyway.

He SO totally nailed this one! His Ariel game is on point, and there's no way he styled his hair with just a dinglehopper.

Again, not a princess... but she is a queen, and his version of this misunderstood Disney villain gives me chills.

Remember this almost-princess, the one who tried to steal Ariel's voice and her man? Love the violet eyes and that pendant is spot on!

I mean, seriously, how does he do this? He's prettier than the actual Rapunzel. He needs to pack his (makeup) bags and head to Florida, and replace that other Rapunzel.

His homage to the very first Disney Princess just slays. I wonder which red lippie that is... the color is divine!

More of a goddess than a princess, really, poor Megara doesn't usually get a lot of attention, but Richard gives her the star treatment and gets her look just right.

That dress looks EXACTLY like it should, like the fairy godmother did a bibbity-bobbity-boo and turned it into a real dress. Wow!

To see more of Richard's amazing cosplays, follow him on Instagram at @theofficialariel. Which of these looks do you love best? Which princess do you want to see him become next?