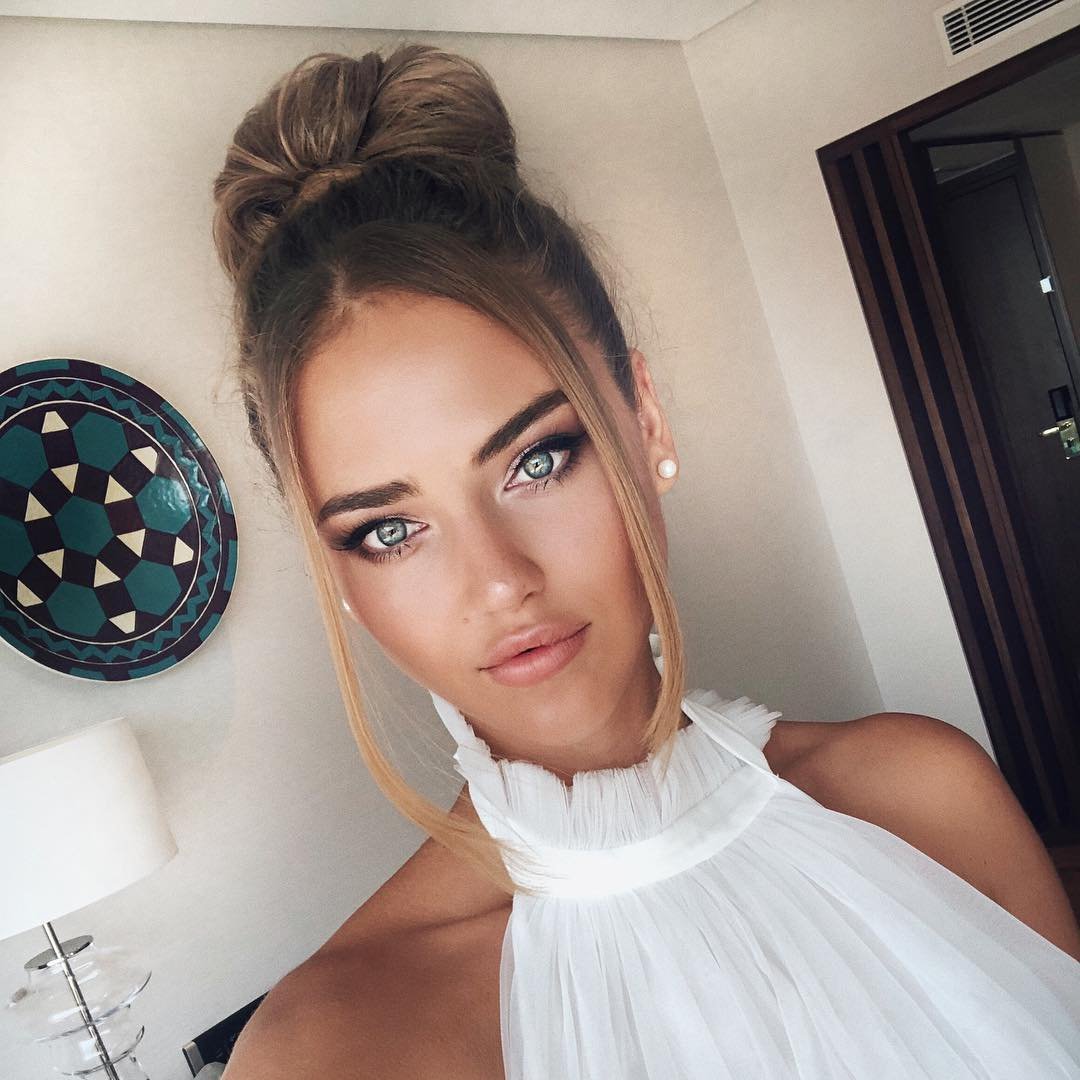 Here is some advice for all women, from the perspective of a man. Before you start painting up your face, have a look at this article to see what men really think when you do. These are makeup mistakes men hate.

This must be the pet peeve of all men on the planet. It is the number one thing that men complain about when they get together in bars. It is embarrassing, going out with a woman who looks like she has just come back from a clown convention. Not to mention that most men figure that a woman must be really desperate if she feels the need to paint herself up like a girl working behind a makeup counter.

Most men prefer the look of a woman’s face after she has just gotten out of the shower. Makeup gets on a man’s face, in his mouth if he kisses her, and it comes off on his clothes. So adding even more to your face is just a mistake. On a further note, if a man professes to liking you, but he tends to keep himself a few feet away, it is because you are wearing too much perfume.

2. Foundation That Runs when You Sweat

A light powdering is all a woman needs. There is nothing worse than looking at zits that have been covered with clumps of foundation. Men are not so stupid that they cannot see a powdery lump on your face. If you have a zit, then just live with it, because he is going to notice it no matter what you do.

What is worse is when a woman puts on too much and then goes for a walk, or is caught in the rain, and it starts to migrate. This is where is starts to run but on a very slow scale so that it causes little foundation lines. To a man, it just looks weird.

3. Lipstick on Your Teeth

Have you ever been on a date with a guy and he has a bit of food or sauce in the corner of his mouth, but he doesn’t notice it. That “eew” feeling you get is the same one he gets when he see’s there is lipstick on your teeth. Imagine a man with toothpaste around his mouth, and now picture him talking to you…not nice is it? That is the same feeling he gets when he is talking to you and there is lipstick on your teeth.

It can be done so that a man would never know you have fake than on, but it is a difficult thing to get right. If you get it wrong then men tend to wonder why you look strange. Most men are not effeminate enough to know about fake tans and/or realize that a fake tan is the reason you look strange. If the guy is a metrosexual, then he will probably realize that you are wearing a bad splattering of fake tan, and will probably laugh at you with his strictly platonic girl friends.

5. Visible Foundation Lines on Your Face and Neck

Man and women alike, will laugh at a woman who wears lots of foundation, but then misses her neck or the back of her cheeks. She usually looks like she has been in a wind tunnel with a bag of crunched up Cheetos. Most people are mystified as to why women wear so much and then leave visible lines, but most are mystified as to why nobody ever tells them they look ridiculous.

6. Clumps of Mascara if You Have Not Been Crying

Men will not tend to care if your mascara has clumped because you are crying. And, if he is the reason you are crying, then it will be the last thing on his mind. The problem comes when the man is interested in the woman. He has to look into her eyes a lot (he wants to anyway), but he is going to notice that you have clumps of mascara on your eyelashes. Men tend to be quite matter of fact about this, and will start to avoid looking you in the eyes. Otherwise, he will put up with the clumps and make a mental note to try to bring it up with you one day.

If you wear too much then it often transfers onto your eyelid. A confident man will probably wipe it off or tell you about it. An unconfident man (or a guy you hardly know) will just be irritated by it.

Remember that many of your makeup tips are given by people who want to sell makeup. For a man, less is more. Try to remember that a lot of men do not even like makeup. Most men would prefer you to look the way you look right after a shower. Plus let’s face it, if you cannot be happy with the way you look, no amount of makeup is going to make you feel any better. Use it to “highlight” your beauty, not hide what you think is your ugliness.