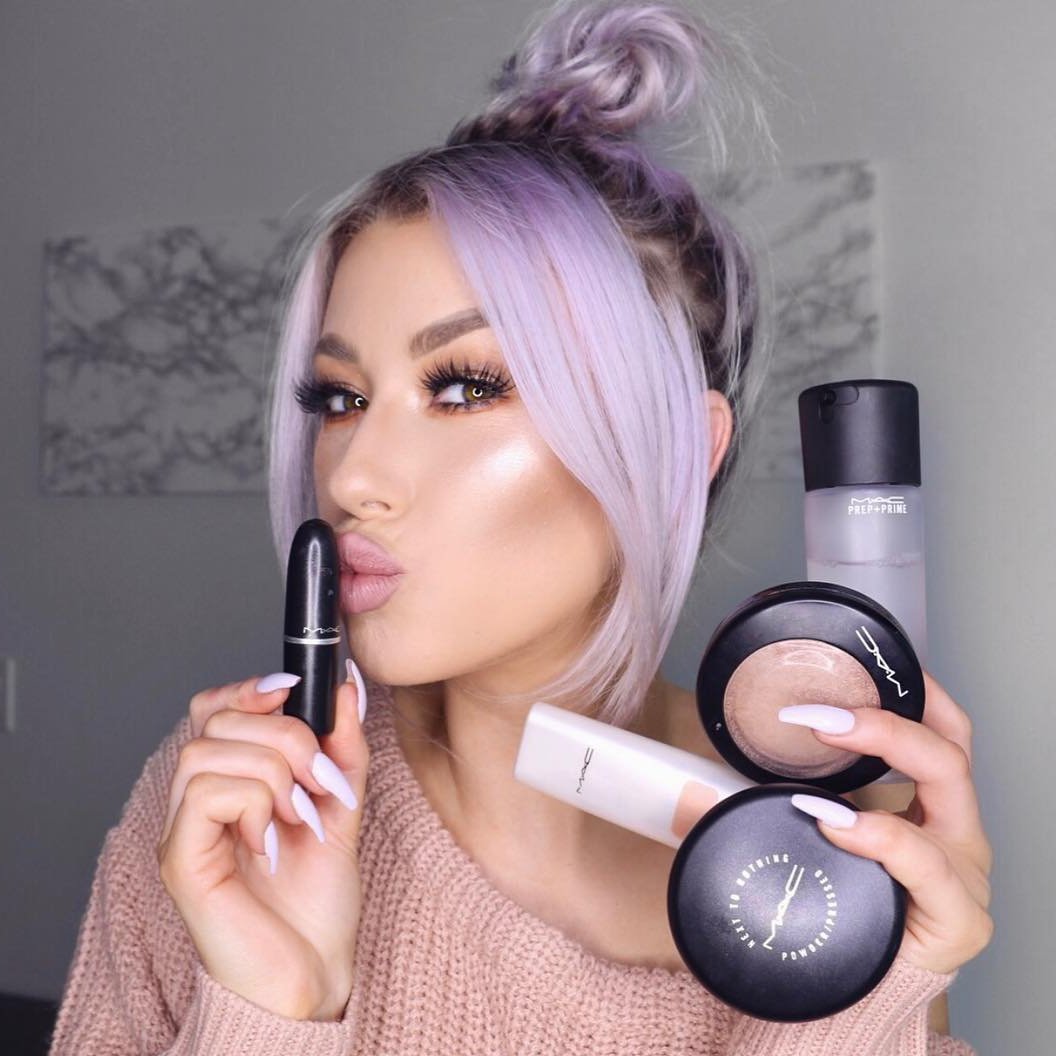 The history of cosmetics is pretty fascinating if you take the time to look into it.

I had no idea the cosmetics industry is 6,000 years old. I guess the entire concept of looking your best has deep historical roots.

Cosmetics, or makeup, started as a part of rituals. As far back as 6,000 years ago, people would paint their faces and bodies with colors to communicate with the gods and their neighbors. The first cosmetics were fairly simple and plain and were mainly animal fats combined with ash or earth minerals for rust or yellow tints. This is where the history of cosmetics gets really interesting.

As tribes went to battle, they wanted their enemy to know they were on the warpath and changed their countenance from everyday to ferocious. Similarly, the American Indian tribes often wore colorful war paints as symbols of their tribe and rank. So, cosmetics regularly meant “take no prisoners,” which is the same with women today who go out with looks that demand attention. You can’t help but stare.

And cosmetics are not limited to women. Men wear makeup too, especially in today’s ultra-competitive business world where age is a detriment. You aren’t experienced, or seasoned. You’re old. And slow. With some younger person out to dethrone you.

Men also have become successful cosmetologists and sales agents for firms like Mary Kay by selling into the gay community as well as fussing over female customers. Who DOESN’T like attention from the opposite sex? We are programmed for this and it’s fun to be fawned over.

In the theater world, actors wear makeup to accentuate their features, mostly for the benefit of patrons in the cheap seats. Raised eyebrows, a smirk, a sneer, which are all subtle, can be lost if not amplified. Sometimes makeup is used to change the age of the actor.

One of the most famous name in cosmetics is Max Factor, the Hollywood legend from the early 1900’s, who brought glamour to every housewife in America. This year, the worldwide cosmetics market is estimated at $265 billion, according to market research firm Lucintel. with profit margins at 80%, so it's clear that women were buying then and are still buying now.

And continuing this train of thought, you have an industry predicated on making the target feel INFERIOR if they DON’T use the product. That’s right. The whole benefit is making you feel better, prettier, more acceptable in this cruel, critical, judgmental world. Reality: wearing makeup is hard on your skin, time-consuming and expensive.

Besides that, inferiority can turn to absolute, unbridled panic. Returning to my corporate days, when duties often required an appearance over the weekend and that often meant bumping into a colleague doing the same, but who didn’t want to “put on her face.” I called her to go over something, and she just couldn’t bring herself sans makeup to see me. Or an employer who was always so put together who ran from me, down the hall, hands over her face and hid so I wouldn’t see her without makeup. I mean, how bad can it be? I’ll never know.

Point is, people get used to things over time. Change becomes less threatening. Even after 6,000 years of history.

A friend of mine had worked at a major bank in New York City where little black dresses are the uniform of the day. He moved to Christiansburg, Ohio to run his family’s grain elevator business. And the women who worked there, or came there as customers, wore flannel shirts, jeans, and boots. And no makeup. And after a while, my friend got used to it. It was the “new norm.”

So, we could put the cosmetics industry out of business or put a severe dent in their footprint. If you can’t go cold turkey, go minimal with some light powder and modest lip rouge or gloss. Healthier skin, increases free time and savings. Let’s reroute the $265 billion a year into homes for the homeless. Or homes for foster children. Or successful opiate rehab programs.

Fact is, you look fine without makeup. You really do. You just need confidence to experience it for yourself. When you’re paid a compliment, is it ever about your makeup? More likely, the natural, sincere compliment goes to color or shape of your eyes, your laugh, the color of your hair. Men don’t compliment makeup due to a lack of knowledge or fear of coming across as sexist.

It's up to you - should we change the course of cosmetic history?