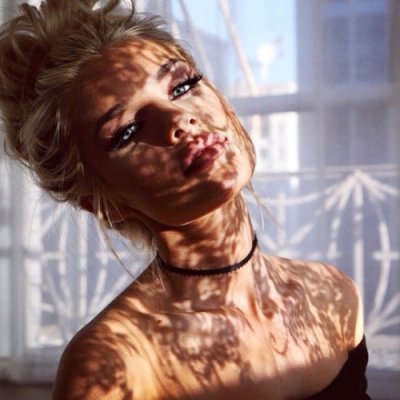 Do you pile on your makeup in an attempt to look older? It's one thing trying to look older because you naturally look younger and want to be taken seriously, but you could be making a makeup mistake. If you're in your teens or 20s, you should be making the most of being young and having youthful skin. This is why you shouldn't use makeup to look older …

1. When You're Older, You'll Want to Look Younger!

You may desperately want to look older now, but the irony is that when you're older you'll want to look younger! We always want to be something we're not, and don't appreciate what we are or what we have now. So forget about trying to look older than your real age, and enjoy being young - it won't last forever!

If I look at photos of myself from when I was in my early 20s, then compare them to photos from my 30s, it's obvious that my older self doesn't have the same glow. There's a big difference in my passport photos from 28-38. Although I still look younger than my actual age, my skin just doesn't have that fresh youthful look. So enjoy yours while you can!

3. Trying to Look Older Isn't as Good as You Might Think!

Trying to look older isn't as great as you might think. There are plenty of women who would envy you your young, fresh face. When you're older, you'll wonder why you ever wanted to look older. So make the most of being young, rather than trying to make people think you're older.

4. It Could Look Obvious

Trying to make yourself look older with makeup can easily go wrong. By piling on foundation and slapping on lots of eye makeup, you risk ending up looking like a little girl playing with her mommy's eye shadow and lipstick. And if you're trying to fool stores into thinking you're older, they'll probably be wise to that trick.

5. You're Not Making the Most of Your Looks

Youthful looks aren't the most important thing in life, and you shouldn't be worried about getting older. But if you deliberately try to make yourself look older, you're not making the most of your looks. Makeup is best when it accentuates your natural beauty, rather than trying to radically alter your looks.

… then don't. Slapping on makeup in an attempt to sneak into a club or buy alcohol when you're underage is wrong. You'll probably get asked for ID and just make yourself look silly when you can't produce it. Stores can get into trouble if they sell alcohol to underage people, so they have to be very careful.

7. There Are Other Ways to Make Yourself Appear More Mature

If you look younger than your actual age, and need to look older so that people take you more seriously at work, there are better ways than using makeup. If you behave in a mature and responsible fashion, you'll be treated as a mature person. You can also avoid hairstyles that are too youthful.

Isn't it strange? Women want to look older when they're younger, and younger when they're older! Let's make the most of the age we are instead. How much younger do you look - or do people think you're actually older?