7 Gorgeous Gigi Hadid Inspired Makeup Tutorials for the Model in You ... 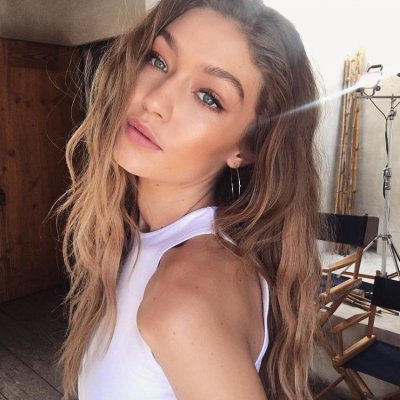 Gigi Hadid is one of the hottest models around. I mean, have you seen her? She has the most amazing makeup. If you want to use her as inspiration, then you should try following the advice in these Gigi Hadid inspired makeup tutorials:

1 A Celeb Look for Less

This video will show you how to create a dewey look that's inspired by the makeup Gigi wore during the VMAS. Of course, this is a "celebrity look for less," which means that it's done by using affordable drugstore makeup. When you're finished creating the style, you're going to look as natural as you can while wearing makeup. That's why this will work just as well at school as it will at a big party.

You're going to want to listen to this video closely, because the woman showing you how to do your makeup like Gigi is Gigi's actual makeup artist! That means she knows what she's talking about. She considers this particular style a "luminous makeup look with a perfected cat eye." When you're finished creating the look, you'll be ready to flirt with your crush or strut down a catwalk.

Here's another makeup routine that takes a little while to complete, but will make your face look natural, like it's actually glowing. Of course, this video is pretty similar to the previous tutorials, because Gigi's signature look involves a lot of pink shades and a lot of bronzer.

This look is perfect for prom or for any night out on the town with your girls. You should start off by applying your foundation and concealer to cover any imperfections on your face. Then you should start working on your cat eyes. You don't need to create a big wing. It's actually better to keep them smaller. Don't worry, though. Your eyes will still look dramatic, because you'll be applying fake lashes to your top and lower lashes.

This is a good tutorial for all of you girls who aren't willing to waste your entire paycheck on makeup. The products used in it are affordable, which means you won't have to feel guilty about buying them. Besides, you won't have to go overboard with contouring, which can be difficult to do. As long as you know how to use bronzer and lashes, you won't have any trouble with this tutorial.

Here's another Gigi Hadid makeup tutorial by her very own makeup artist. However, this time, it's a drugstore makeup tutorial. That means that it contains products that anyone can afford. Once you're finished, you'll be wearing her classic look with winged liner and a glossy, pouty lip.

Gigi is gorgeous, so there's no one better to get makeup inspiration from than her. Are you a fan of her looks?