These Glamorous Makeup Tutorials Will Make You Look like Adele ... 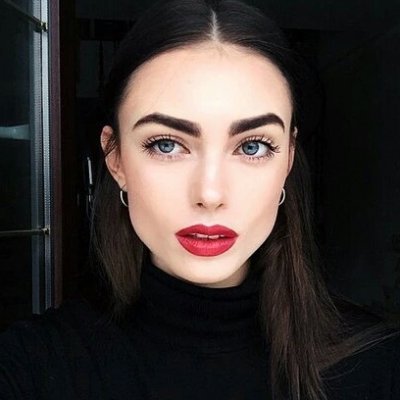 Adele is more than an incredibly talented singer. She's also breathtaking to look at. Her makeup is always spot on, which is why she's the perfect celebrity to look to for style inspiration. If you're a huge fan of her music and her makeup, here are a few glamorous tutorials that will make you look like Adele:

It doesn't matter what you look like, because anyone can pull off this makeup look! It consists of bare eyes with heavy black liner, feathery false lashes, and red matte lipstick that's drawn on. Of course, that was only her red carpet look. The video also contains a second look, which Adele wore later on in the night. It consists of a nude rose mouth and a lot of blush.

Here's a tutorial that'll help you get soft lips, glittery eyes, and glowing cheeks. If you're still not sure how to create that perfect cat eye that you always see on Instagram, this video will even help you out with that! It might take you a little while to recreate this look, but once you're finished, you'll be happy with the result!

Adele looks like a bombshell during every award show that she attends. However, she looked extra sexy during the 2012 Grammy Awards. That's why you should watch this video, which will show you how to create the look with bright red lips and smokey eyes. It'll make you look as retro as she did!

You probably know who Tanya Burr is. She's a pretty popular YouTuber who's been nice enough to do her follower's makeup! If you want a look you can wear to school, to work, or on a date, then you should follow the advice she gives in this tutorial. It's nothing crazy, which means that anyone can pull it off!

Adele looked absolutely gorgeous at the BRIT Awards this year. That's why you should try to recreate her look! Of course, it's a little intense, which means you should save it for a big day. This probably isn't something you want to spend your time on before a typical day of school. It's what you'll want to wear when you're going to a party with your crush and want to look like a bombshell!

Have you seen Adele on the cover of Vogue? She looked just as gorgeous as she always does. That's why you should listen to this tutorial, which will show you how to create her style with soft pink lips and subtle eye makeup.

Here's one last tutorial that was inspired by Adele's makeup from the cover of Vogue magazine. It'll show you how to create a strong brow, neutral eyes, and peach lips. Even though you've just seen the same look created above, this tutorial will give you some different tips and use entirely different products that you might like even better!

Now you have a bunch of new looks you can try, inspired by the one and only Adele! Which one of these makeup looks is your favorite? Are you going to try out any of them?