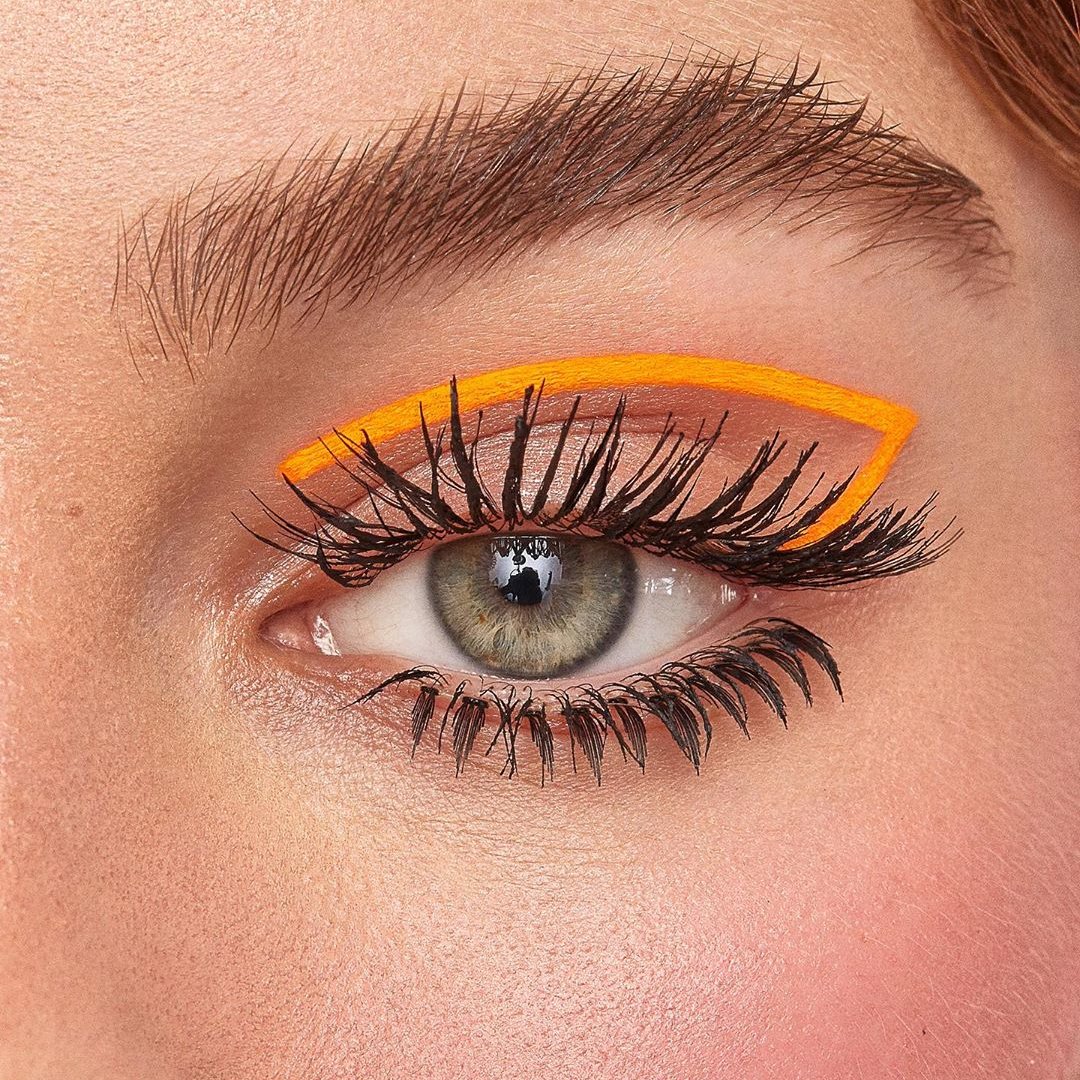 I swear, I have tried every mascara trick in the book to try to get fuller, thicker lashes. I love when my lashes are super thick, are totally lush and are plush rather than separated. Are you looking for some tricks for fuller lashes to really make your eyes pop? You've got to take a look at all of my mascara tricks for fuller lashes that really work!

Don't forget to curl your lashes before you do anything else! Some mascara wands luckily do this for you, but it never hurts to give your eyelashes a little extra umph! This trick for fuller lashes is fool-proof and used by women around the world for a reason!

One great mascara trick for fuller lashes that I learned when I was looking for a way to get my lashes super thick is by using some clear mascara primer. Before you put on any powder or any mascara, just make sure that you that you are slipping into some clear primer!

I actually had no idea that putting a bit of powder on your lashes before you put on your mascara can make your lashes look totally plump and oh-so-full! Just a dusting of baby powder, a few coats of mascara and this mascara trick will give you lashes that every single woman in the world wants! Give it a try girls!

Tightlining is a really helpful technique for making your eyelashes appear fuller. Tightlining requires putting eyeliner in between your lashes on the upper waterline. It may be a little bit uncomfortable at first, but it is oh-so-worth it! Tightlining adds extra depth and definition to your eyelashes, before you even apply any mascara!

One surefire mascara trick for fuller lashes is to apply two or more coats of mascara! Now, you want to apply the mascara when the first coat is still wet. The reasoning for that is because you don't want your lashes to look 'spidery', instead you want them to be plush, to be clean, to be long and full.

You might not have heard about this particular mascara trick, but it's been used forever! 'Minking' is all about using two different colors of mascara to make your lashes appear much thicker and fuller! For example, brown and black! All you do is use brown mascara first, then mink it with the black! It'll give your lashes dimension and make them look so pretty!

7. Apply Mascara on the Top

Close your eyes and guide your mascara brush on top of your lashes. This is a technique I didn't try for a long time, but once I did I couldn't believe I had ever lived without it! You need to get at your lashes from every angle to make sure they're as full and luscious as possible!

8. Apply Mascara on the Underside

Another mascara trick that I use all of the time to really make my lashes look full and thick is applying the mascara to the underside of my lashes. It'll draw your eyelashes out a little bit and make them appear so much longer and fuller! After putting it on the tops of your lashes, go underneath and wriggle your wand a little bit to curl, thicken, and lengthen at the same time!

How often do you just apply your lashes with the tip of the eyelash brush? I do it all of the time, but it doesn't make my eyelashes look full. Instead, why not go with a zig-zag motion with your brush and really make sure that each and every lash is coated up and looks beautiful!

While you are zig-zagging your wand, also blink! Blinking can coat your eyelashes wicked easily and can make sure that even the small, tiny lashes get coated! For me, what I do is I blink, zig-zag and then blink again. This makes sure that my eyelashes are getting the fullest amount of mascara!

11. Don't Forget about the Corners!

The outer corners of your eyelashes are what really open up your eyes and give you that stunning doe-eyed look! To really make the most out of the few lashes around the edges, turn your wand vertically and brush your lashes upward until they reach the desired thickness.

Always make sure you have an eyelash comb handy when doing your makeup. You should comb out your lashes before and after you apply your mascara. Doing so beforehand will separate your lashes so that they don't clump together when you apply several coats of mascara, while combing them afterward will get rid of any clumps that have formed! Even though technically combing your eyelashes clears away some mascara, it creates a cleaner, more attractive look while maintaining fullness.

Winged eyeliner can contribute to the illusion of fuller eyelashes. Winged eyeliner virtually extends your lashline and follows your lashes like a shadow. From a distance, people won’t notice the liner, but rather they’ll just think your eyelashes will look extremely thick, long, and gorgeous!

As part of your nightly routine, or whenever you get the chance to give your eyelashes some extra TLC, condition your eyelashes. You can use a mascara wand dipped in almond or extra virgin olive oil to strengthen and beautify your lashes.

So girls, there are all of my top tricks for fuller lashes that really work! What other eye makeup tricks for lashes do you have to share?

This article was written in collaboration with editor Sabrina Yates.